An Evening With DAVID BABINET Chabad Of Dix Hills

An Evening With DAVID BABINET Chabad Of Dix Hills
For a Copy of this Concert in HD quality or to BOOK David for an Evening, Please Contact Us at babinetd@yahoo.com
Thank You for Watching. 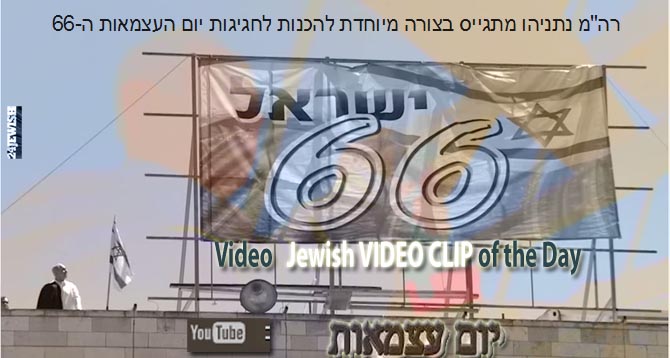 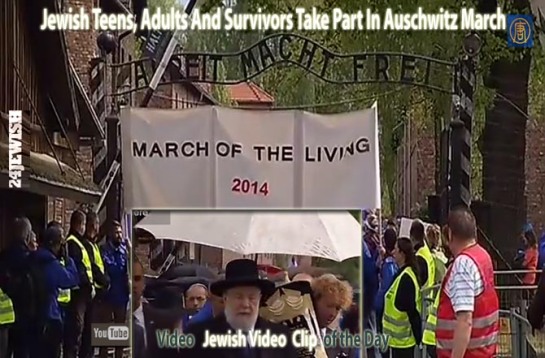 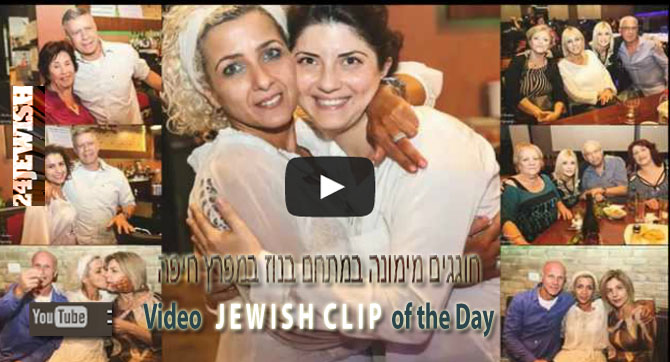 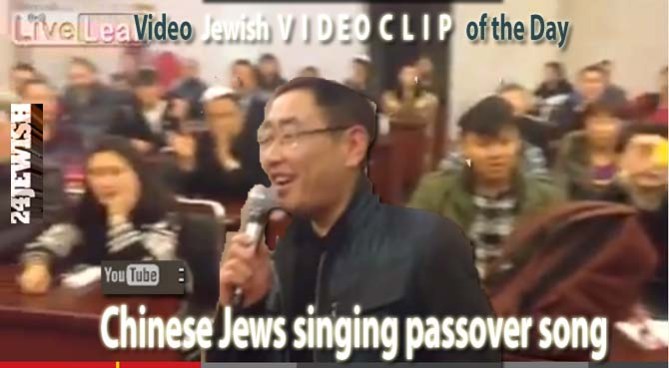 Put some HUMOR in your Pesach preparations! Watch “The Pesach Blues” from Oorah’s Shmorg 5 DVD, and see Abie Rottenberg’s work come to life with this hilarious video!
Get this year’s Shmorg today athttp://www.oorahauction.org/shmorg.asp

OU Israel is honored to invite you to its Annual Yom Yerushalayim Celebration. “Yerushalayim Ba`Neshama” , An exciting festive concert of Jewish Music featuring internationally acclaimed stars, performing together for the sake of Jerusalem’s Teens at Risk.
Tuesday evening, 28th Iyar 5771. May 31 at the Hebrew University Mount Scopus Campus in Yerushayayim.
Information and tickets at : (972)-(2)-941-0125. Website: http://www.ouconcert.com
“Yerushalayim Ba`Neshama” Help Us to Help Them.

Shavuot Song – “Stay Up All Night”

Faux Filet Mignon Kosher with all the Tricks & Tips

22.08.2013
Some call it the godfather of steaks, Filet Mignon. But in the kosher world you’re hard pressed to find it. Now, thanks to KOL Foods (KOLFoods.com) and Avi’s Kosher Kitchen, we’ve got the kosher world covered. We take Kol Foods, 100% grass-fed, pasture raised Delmonico Steak, wrap it in their no nitrate beef fry and create a mouth watering delight.

In my opinion the meat is wagu quality, soft, richly marbled and melt in your mouth. Serve with crispy onion rings or with fresh greens. No matter what, the star of the show will be this great steak.

BTW: Want to see more tips check out the short version of this recipe here: http://www.youtube.com/watch?v=Wl2K_B&#8230;

30.05.2013
Ah, Falafel. One of the most common ethnic foods synonymous with Israeli culture. Every neighborhood in Jerusalem seems to have at least one ‘falafel stop’ where locals either gather over lunch or run by and take a quick portion of the delicious fried balls to go. No matter if you like it without ‘harif’ (hot & spicy) or ‘im chips’ (french fries) – enjoy this video with hummus, tehina, and Israeli salad!

18.11.2009
http://www.joyofkosher.com/recipe/fis&#8230; | Jamie Geller from Kosher.com shows you how to make her Kosher spinach and feta fish bites. Perfect as an appetizer or for adding to your favorite pasta dish. Jamie Geller is the author of the critically-acclaimed cookbook, “Quick and Kosher: Recipes from the Bride Who Knew Nothing” (Feldheim Publishers, 2007)

15.04.2009
Mr. Hebrew makes Tzimmes. The expression “Dont make tzimmes out of it” (a big deal) isn’t really true when you use Neal’s preparation method.

Wikipedia definition: Tzimmes or tsimmes (Yiddish, Hebrew: צימעס) is a traditional Jewish dish in which the principal ingredient is diced or sliced carrots, sometimes combined with dried fruits like prunes or raisins, or chunks of meat (usually brisket or flanken). The dish is cooked slowly over low heat and flavored with honey and sometimes cinnamon. The variations are endless. The non-meat version tends to be sweeter, along the lines of candied yams.

Tzimmes is often part of the Rosh Hashanah meal, when it is traditional to eat sweet and honey-flavored dishes.

The name may come from the German words zum (for) and essen (eating). Some say the word is a corruption of the word ‘simmer.’ “To make a big tzimmes over something” means to make a big fuss.

Bubby Chanele Gonshor, of Montreal, Canada, visits her granddaughter in Berkeley, California, and teachers her how to make Geflite Fish in Yiddish.

Video Jewish Recipes of the Day

3 Dead In Shooting At Jewish Museum Of Belgium

Three people were killed and another was seriously injured in a shooting Saturday at the Jewish Museum of Belgium in Brussels, Belgian officials said.

22.05.2014
The Video Vort is a D’var Torah on the Parsha by Rabbi Etan Tokayer of the Kingsway Jewish Center in Brooklyn, New York. http://www.kingswayjewishcenter.org: email: etantok@gmail.com

100,000 Jews Celebrate the Liberation of the Old City on Yom Yerushalayim at the Kotel

23.05.2009
On Yom Yerushalayim (Jerusalem Day) thousands of Jews at the Western Wall celebrating the liberation and reunification of the Old City of Jerusalem during the Six Day War, 42 years ago. Filmed by Tovia Singer on May 21, 2009

19.05.2014
short visual viral of this amazing spiritual carnival on Mt.Meron, day 33 of the Omer, a spiritual preparation period alligned to the sephirot in the Jewish calendar.

There are many mysterious reasons for the holiday. One suggestion is that Rashbi (who died AND was born on this date according to tradition) left his cave of refuge, where the Zohar emerged as a mystical stream of consciousness, on the 33rd day of the omer; and this is detailed on the 33rd page of tractate shabbat in the Talmud.

18.05.2014
My first Lag B’Omer in Meron. Absolutely incredible. 300,000 plus estimate Jews of all walks of life. Charedi, Chasidish, Litvish, Dati Leumi, Sephardi, and even secular all b’simcha together.

18.03.2012
Hasidic Jews seem alien, and even hostile, to those outside their culture,which frequently includes other Jews. They dress differently, don’t mingle between the sexes, speak Yiddish, and wear side curls, all in an attempt to rigorously follow the commandments of the Torah. They tend to keep to themselves, shunning television and the media so outside influences cannot corrupt their values and views. Yet filmmakers Oren Rudavsky and Menachem Daum were able to enter their world, and the result is the fascinating documentary A Life Apart: Hasidism in America. Using interviews with academics and members of the community and some historical footage, the filmmakers trace the growth of Hasidic groups in the United States. Groups formed around particular Rebbes (learned leaders) and they took their names from their Eastern European home cities (the Satmar Hasids, the Breslov Hasids, and so on). Leonard Nimoy and Sarah Jessica Parker narrate, explaining how this movement came to America and how it was able to flourish. Dissenting voices also appear, in the form of neighborhood people who are distressed at the Hasids’ refusal to speak to members not in their community and of a young woman, Pearl Gluck, who left the community in order to pursue her writing and to follow a life of her own choosing. Many Hasids refuse to speak on camera, and we see many shielding themselves with hands or coats so as not to appear on film. But those who do appear are poignant in their discussions of why the Hasidic life is important to them. One man speaks to the directors, even as he acknowledges that he will never see the movie, but he will do it “in order to help a Jew make a living.” One couple, Holocaust survivors, are not Hasidic, but their children are, and the reasonings of both the parents and the children are interesting. This film, shown on PBS, is a consequential look into a lifestyle many of us don’t understand, and it may help in increasing an understanding.

The Maccabeats – Nachamu (One Day More)

The versions of “Nachamu” that make up this track were originally performed by Safam and Tzlil V’zemer Boys Choir.

This and all Maccabeats music is recorded a cappella.
http://www.maccabeats.com

Jewish life in Ukraine today: Yaakov Bleich, Chief Rabbi of Ukraine and Vice-President of the WJC, offers his perspective on the challenges ahead of one of the biggest Jewish communities in Europe. Distributed by OneLoad.com

Deja Vu is a cover band who plays the greatest hits from the 60’s and 70’s.
The band’s professional, well-experienced musicians perform the songs with excitement and precision.
The full-band show is great for weddings, wedding parties, company events, birthday parties and more. Deja Vu can also perform more intimate sets such as receptions, small private events and more.

Please contace use for more information:

The Centre for Jewish Life offers a varied and exciting programme of discovery as you explore classic and mystical themes in a format tailored to you.

From one-to-one learning sessions to discussion groups and lectures, you have an open invitiation to join us for a personal journey that promises to enlighten and satisfy – whatever your previous experience of Jewish study.

Whether you are asking the questions you’ve always wanted to ask, or you’ve come along to hear an internationally respected speaker, you’re equally welcome.

Whatever the case, it’s never too late to find out more about your Jewish Heritage – if you don’t find what you’re looking for, just ask! Our programme is your programme.

Food, in particular Kosher food, is an important part of the Jewish way of life.