Hebrew Literacy and Beyond Block 1 Class 12

Michael Chabon reads from his latest novel, The Yiddish Policeman’s Union, at a Barnes and Noble in San Jose.

When our spiritual sap starts rising

When our spiritual sap starts rising 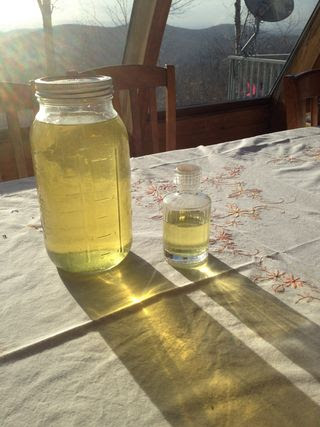 Yesterday when my son and I arrived home after preschool, I could see my shadow against the driveway’s thin layer of snow. Night falls early at this season, and the sun had long since set. The shadow came from the half-moon suspended over our rooftop.

“Look, mommy — stars!”  We stood there for a moment, our breath drifting up like fog, marveling at the sky. And then I hustled us indoors, because although we’re not in the deep freeze of the midwest, the mercury was hovering around zero.

Having a child who likes to look up at the sky helps to keep me attuned to the ebb and flow of the seasons, the waxing and waning of the moon. Of course, so does the Jewish calendar. I wasn’t surprised that the moon was half-full already; I know that next week is Tu BiShvat, which always falls at full moon.

The New Year of the Trees. The birthday of the trees. The day when we count trees as a year older than they used to be, even though we no longer tithe their fruits. The day when we believe the sap starts to rise to feed the fertile season to come. Even here, where the ground is rock-solid, impregnated with ice.

If we get days which are warmer than freezing and nights which dip back down into 20s, maple sap really will start rising soon. I always look forward to the year’s first maple breakfast at our local sugar shack — a sign of impending spring even though soft rains and crocuses remain months away. But Tu BiShvat is about more than literal sap creeping up the phloem.

Tu BiShvat is when our spiritual sap starts rising to prepare us for the coming spring. We’ve been reading the story of the Exodus from Egypt in our cycle of weekly Torah portions; at Tu BiShvat, we take our first step toward Pesach, our celebration of freedom which marks spring’s new beginnings. At Tu BiShvat, we assert our trust that our dry and cracked winter souls will be watered and nourished. We open ourselves to feel the abundance which is flowing into our hearts and spirits.

We are the trees, growing older year by year. We give ourselves over to trusting that in the fullness of time, our labors will bear fruit. That we will bring forth nourishment for ourselves and those around us. That this world of winter will end, and be replaced by spring’s warm breezes — and summer’s clear sunshine — and autumn’s blaze of red and gold — again and again, and again.

I make my way to the storage room adjacent to our garage where curls of etrog peel have been steeping in vodka since Sukkot. I decant the liquid, add a simple syrup of sugar-water, and bottle it: etrogcello, made from the pri etz hadar, the “fruits of the goodly tree” (a.k.a. etrogim) which were so central to our celebration of Sukkot. Pri Etz Hadar is also the name of the first haggadah for the Tu BiShvat seder, published in 1728.

When we sip this sweet bright fire at our Tu BiShvat seder next week, we’ll swallow a taste of the autumn behind us — and an anticipation of the autumn which is to come. Sunshine in a jar to nourish our souls, all the way down to the root.

My Five Must-See Destinations For 2014The Jewish Week

When Rebecca Joy Fletcher was a cantorial student at Hebrew Union College-Jewish Institute of Religion, she chanced upon something in the library …

29 at the Museum of Jewish Heritage in New York and runs until Feb. … Born and raised in New York, Krakauer’s cultural influences include klezmer, …

“One thing that seriously separates us is that we try to represent a minority population in that we represent Jewish culture, but we don’t represent …

Its themes—family and fate, love and loss, and growing up Jewish—display the … Born in Manhattan and raised in the Bronx and Long Island by Jewish … to create cross-culturalunderstanding through the common ground of theater.

But the LVJFF has been mature for years, offering up a diverse selection of independent, foreign and documentary films related to Jewish culture and …

Everything I Needed to Succeed in Business I Learned in Jewish Day School – January 9, 2014

THE FREEMAN FILES: What Is a Rebbe?

VOICES: Learning to Love the Imperfect

Acclaimed filmmaker Wim Wenders also chooses two accompanying films that relate to Jewish culture. Wenders is one of the most important figures to …

Viewer’s note: The footage focuses around 15 seconds into the film).
Note: The wing from the bee-eater (bird from Kazakhstan that migrates over Israel & Palestine) is seen on viewer’s left; that’s Dodye Feig’s right shoulder in the drawing).
Filmed Feb. 14, 2013, artist Akiva Kenny Segan talks about ‘Under the Wings of G-d’ art series drawing 33 (done in 1997) depicting the murdered maternal grandfather of Holocaust survivor, teacher, author & Nobel Peace Prize winner Elie Wiesel.
The portrait of Feig was based on a photo of Feig seen in Elie Wiesel’s autobiography “All Rivers Run to the Sea.”
Segan is best known world-wide as the creator of the “Under the Wings of G-d” Holocaust, the “Sight-seeing with Dignity” human rights art series and other Shoah (Holocaust) themed artworks.
The wings were drawn at the Univ. of Washington’s Burke Museum of Natural History.
The drawing was last exhibited at the Hillel Center, Univ. of Wash., Seattle, March – May 2013.
Art, film © A.K. Segan

Rabbi Yehuda Leib Schapiro, a noted Talmudic scholar, is the dean of the Yeshiva Gedola Rabbinical College of Greater Miami, the rabbi of …

Over 30 children enjoyed a Winter Day Camp packed with fun. Run from theChabad Centre in Ilford, directed by Rabbi Odom & Henny Brandman of …

In September 2013, the Chabad Lubavitch Centre of Buckhurst Hill moved into new premises at 107 Epping New Road. A frantic two weeks of …

Chabad.org – All Departments. Login. Email Address: …. Please send meChabad.org’s weekly Magazine and periodic emails. We will not share your …

I mention you at the resting place of my father-in-law, the Rebbe, and he gives you his blessing.”

After having made numerous trips to New York to see the Rebbe, Rabbi Avrohom Michoel Halpern, the rabbi of Givat Tzarfatit in Jerusalem, tells the …

About this Class Rabbi Gordon studies one chapter a day from Maimonides’ classic legal work of Mishneh Torah. The original Hebrew text is read and …

The Rebbe concludes the yearly study cycle of Maimonides’ Mishneh Torah in his home on President Street, Brooklyn.

The last discourse that Rabbi Yosef Yitzchok Schneersohn, the Previous Lubavitcher Rebbe, published before his passing commences with the verse …

How to Inspire a Generation – Program 487 – Living Torah – Chabad

By Yossi Zweig. The amazing 8th Day group we have all grown to love over the last few years is back with an all new album! “Hooleh!” is by far the …

The 39 Prohibitions of Shabbat, Lesson 7 – The Melachot … – Chabad

Please send me Chabad.org’s weekly Magazine and periodic emails. We will not share your email address. More in this Program. The 39 Prohibitions …

The Talmud Pays Little Attention to What Jews Believe, Yet Asks …Tablet Magazine

Much of the Talmud, I’ve discovered in the year and a half since I began reading Daf Yomi, can be understood as a choreography of Jewish life.

PARENTING: Who Am I?

WEEKLY STORY: A Shabbat on the Battlefield that Saved My Life

NEWS: A Day for Student Contemplation, Study and Camaraderie

One Direction’s Harry Styles Is Learning Hebrew! Could He Be …Perez Hilton

This desire would definitely fall in line with what This Is Us producer Ben Winston said about Harry’s love of Jewish culture. He said: “He loves the …